Book 5 in the 12-book series that has sold over 63 million copies!

Read the books that launched a cultural phenomenon!

“This is the most successful Christian fiction series ever.”
—Publishers Weekly

“Call it what you like, the Left Behind series . . . now has a label its creators could have never predicted: blockbuster success.”
—Entertainment

Are you ready for the moment of truth?And that’s just the beginning . . .
of the end of the world.

The 12 books in the series by New York Times best-selling authors Tim LaHaye and Jerry B. Jenkins cover the events of biblical prophecy surrounding the rapture and the seven-year period known as the tribulation that follows.

Apollyon: The Destroyer Is Unleashed
As the world’s thousands of believers gather in Jerusalem for a stadium rally, the Tribulation Force struggles with their own personal crises. Nicolae Carpathia continues his rise to power, forcing believers underground. But Nicolae isn’t prepared for a plague of scorpion-like locusts tormenting his followers—with a pain so horrible that men try to kill themselves but aren’t allowed to die. 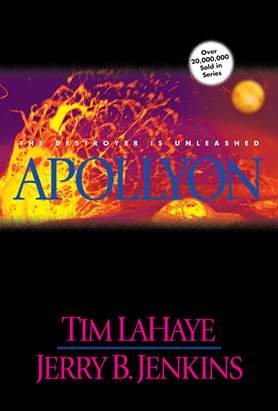