Who will usher in earth’s final days?
Are we living in the end times? What if the players depicted in the book of Revelation were out in force today? And if they were, would you know how to recognize them?

In Agents of the Apocalypse, noted prophecy expert Dr. David Jeremiah does what no Bible teacher has done before. He explores the book of Revelation through the lens of its major players: the exile, the martyrs, the 144,000, the two witnesses, the dragon, the beast from the earth, the beast from the sea, the Victor, the King, and the Judge.

Skillfully crafted to engage both the heart and the mind, each chapter opens with an engaging, biblically based dramatization that brings prophecies to life as never before. As Dr. Jeremiah presents these agents in the context of their unique times and places in the end times, he weaves a rich tapestry of the temperaments, motives, and conspiracies that Scripture tells us will precipitate earth’s final days. Then, in each chapter, Dr. Jeremiah provides a detailed study called “The Scripture behind the Story,” which explores some of Revelation’s most cryptic passages, explaining how to interpret them and—most important—how they apply to the malevolent forces at play in the world today.

The stage is set, and the curtain is about to rise on earth’s final act. Will you be ready?

From the inside flap:

FROM CHAPTER 7 . . .
“Archbishop Detherow,” Martin said, “I’m sure everyone in our network audience knows about all you’ve accomplished in your illustrious career, but let me summarize. You were originally the pastor of an evangelical megachurch, and you gained a wide following with your uncommon desire to unify people of all faiths. And then, after building your church into the largest religious gathering in the world, you left your pastorate at the peak of your success. Can you tell us why?”

“I left my congregation because it became clear that God was calling me to a much broader ministry—one that reaches out to people of other faiths as well.”

“By ‘other faiths,’ I presume you mean all Christian denominations,” Martin said.

“Yes, I do mean Christians of any stripe,” the pastor replied. “But God is calling me to reach out even further. He has revealed to me that all people who worship a higher power are actually worshiping Him, whether they know it or not.”

“Are you saying that Hindus, Buddhists, Muslims, and Christians all worship the same God?”

Detherow beamed. “God is so big, so universal, so inscrutable, that no one should presume to understand the ways He reveals Himself. At heart, the paths to God are one and the same. The goal is to bring us into the universal oneness of all being.”

“Pastor, what is your ultimate hope as archbishop of the United Council of World Religions?”

“My hope is, with God’s help, to bring about unity among all religions. Christ Himself called His church to an undivided oneness. This is what I dream of fostering.” 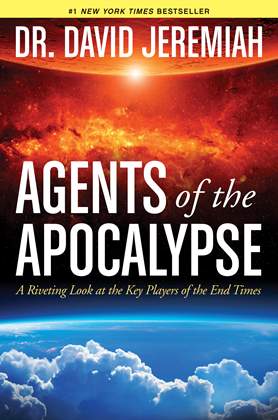